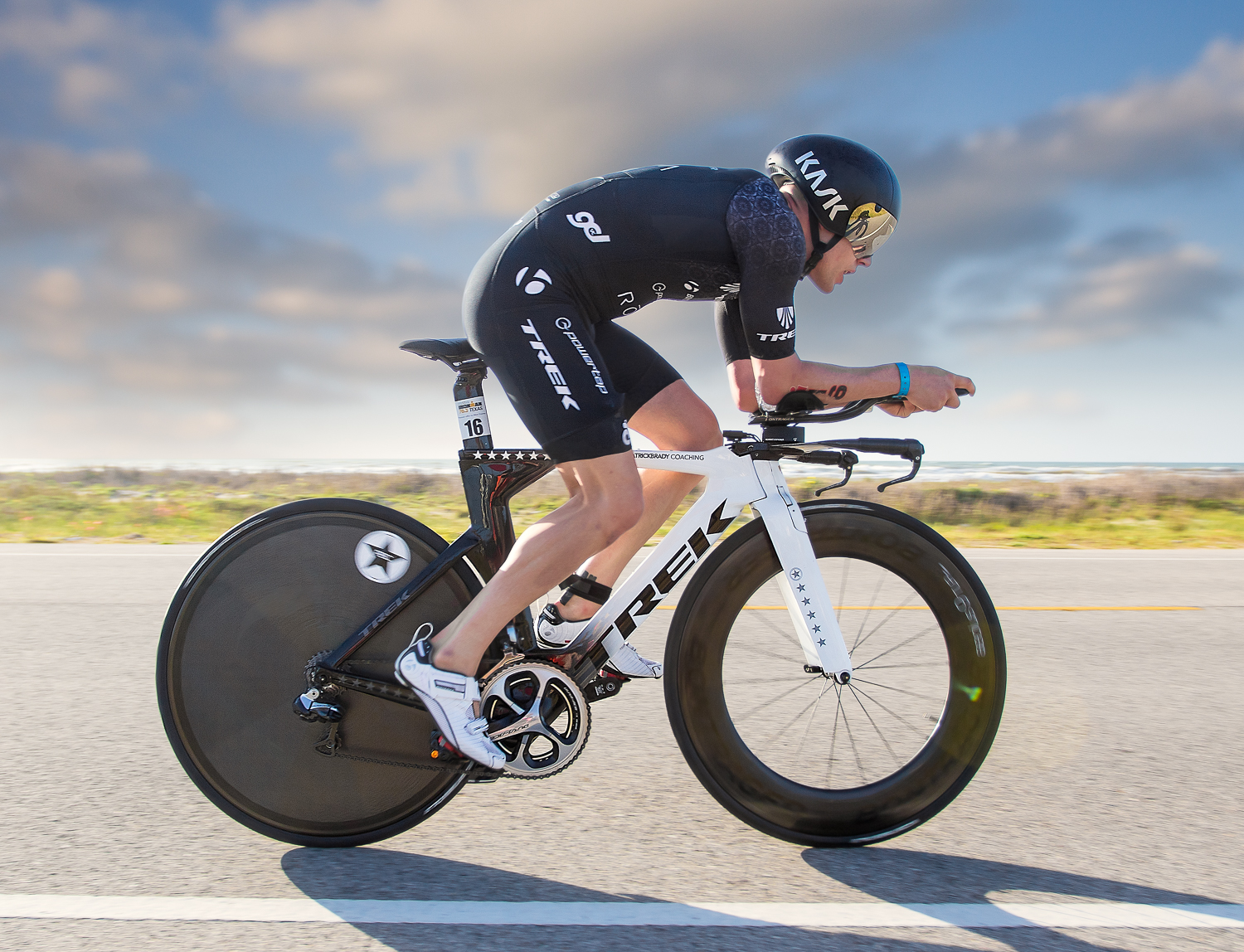 2016 is in full swing! 12 days ago I traveled with PBC athlete  and friend, Andrew Keily, to Texas to start the season at Texas 70.3 in Galveston. His parents were kind enough to welcome me into their home and make everything easy for us in the days leading up to the race. They even accommodated my newly discovered lactose intolerance! (Thanks, Mrs K.!) Everything went smoothly as we adjusted to the Texas heat, got in some outdoor swims, and some final little taper workouts to stay sharp.

I’m going to skip the minor details of the day before and morning of the race and just get straight into it. There was a big Pro field this year with 58 guys originally on the start list. We woke up to the predicted strong cross wind off the coast, but the water was relatively calm considering.

Despite our efforts to get in the open water before the race, it never happened. So this would be my first OWS (and race for that matter) in 7 months and my first time in my ROKA Elite wetsuit. Last season I had some struggles with the early part of the swim where I would essentially have a minor panic attack and feel as if I couldn’t breathe. In my 5 years of triathlon this had never been an issue, but for many reasons my anxiety about the swim, and my swim ability, grew. After a hefty off season of swimming I was confident that I not only improved, but that the anxiety about the swim was in my past. But to be honest it was still in the back of my mind as we lined up. For that reason and under advice from my coach, Will, I decided to swim my own swim and not sprint the first 400m. So when the gun went off I was on my own. I could see other caps around me, but we didn’t hold it together as a group. My stroke felt OK but not great. After I settled into a rhythm, and the thought of losing my breath went away, things were ok and I just kept it steady. Expecting to swim a 28, I was a bit disappointed when I came out in 31:xx (once I crossed the time mat) but I could see others around me, so that was a bit encouraging. I felt like I had just done a nice steady effort, unlike last season when I would feel as if I was anaerobic for 30+ minutes. Time- 31:07, 49th Pro out of the water.

Being confident I would swim 28-29min the plan Will and I came up with was to work my way up to the next group and legally space to save my legs for the run. We haven’t been doing very much focused cycling since my trip to LA in January, so although I knew I was in decent bike fitness we weren’t going to really press things on a pancake flat course as a 147lb climber type. A hard bike effort would hurt my run, which is at an all-time high fitness point right now. But, although the plan had good intentions, I decided to completely throw it out the window because of where my swim had put me. So I got aero on my Trek Speed Concept 9.9 and immediately was on the gas into the cross/headwind to the out and back turn around point. I passed a few guys pretty early and each time I would look back after about a minute to see that they were not even close, so I figured I was going well. There was a long point where I didn’t see anyone and wondered if I was losing ground, but then a could see a few tiny specs in the distance and that motivated me to work harder. The best part of an out and back course is you know exactly where you are as you approach the turn. Starykowitcz was way out front, followed by Sanders, Weiss, and Drietz. By my estimation those guys were a good 10-11min ahead of me at that point, which I actually took positively because I figured I started the ride about 8min down. So losing only 3min on the bike near the halfway point to 4 of the best cyclists in our sport was not bad. The next few guys were Limkemann and Richie and a couple others, all around 8min ahead. Following them was a large spaced group with Gerlach, Big Sexy, Metzler, to name a few. These guys were about 4-5min up the road. All in all I counted 37 guys in front of me when I made the U turn for home. So between drops and passes I had moved up 11 spots, averaging 25.4mph on the way out. Knowing that there were some guys within range to catch and expecting a few to pop off the larger group, 4min up the road, I continued to ride hard on the way home. I did something I usually don’t do and put it into a bigger gear at a lower cadence and just churned it over as I rocked back and forth. For some reason, that just felt comfortable to me on the day. I made 6 more passes on the way back in, including some guys who looked pretty shelled, and caught on to the back of a small group as we rode into T2. I closed the final 28 miles in 1:01:49, 27.37mph for a total of 2:07:29, 26.36mph, and the 10th fastest bike split of the day, starting the run in 32nd.

I had some major issues in t2 with the sole of my shoe and my laces being too tight. I lost about a minute here, which was frustrating as I watched the entire group I rode in with exit about a minute ahead of me. This was a result of poor preparation on my part.

My run fitness is in a great spot right now. A sub 6′ pace is a realistic expectation off the bike, coming from my training feedback and where I’ve been in the past. So I expected at least a 1:17-1:18 on this flat course. And although the first 5 miles were run controlled and steady at 6:00 flat pace, when it came time to pick it up I just didn’t have it. In fact, it became a task to try and maintain 6’s. Through mile 9 my average pace had creeped to 6:06 when suddenly the heat of the day just sort of hit me and I drastically dropped to run the last 4 miles in the 6:30’s. I was able to pass a few more and also hold off a couple charging from behind to work my way up to 26th overall on the day, with a run time of 1:21:59, 6:15/mile.

Overall it was a decent race for me coming out of a long winter in Wisconsin. To be honest after I crossed the line my initial feeling was disappointment because I had swam poorly and I thought I’d break 4 hours on the day. In a way that sort of drive to always be better and want more is what motivates me to continue to work hard in the sport. Yet on the other hand sometimes I need to pause and remember to focus on the process and and enjoy the moments of each race and each step along the way. 4:04 is a good time. It’s not great at the pro level, but it’s decent. If I had swam 3min faster and biked 3min slower and finished in the exact same time, I would likely feel much better about it. But that’s sport. You go out there and line up to race and give what you can on the day. And when you cross the line the result is the result. It’s over. Learn from it, enjoy it, take motivation from it, and move on. And if you want to improve upon it, then wake up each day with a fire in your belly and get to work.

About an hour after the race my coach and I decided that I would stay down south for an additional week to continue to OWS and have a more aggressive swim approach in NOLA 70.3 the following Sunday. I met some great people and was connected with an amazing home stay and local tri club. More about that in a future post…

A special thanks to all of my sponsors and supporters, Trek Bikes, Bontrager, PowerTap, Roka, First Endurance, Great Dane Velo Club, and Champion Systems. Without you this sport is not possible for me. I’m on the best equipment in the industry and that allows me to focus on the small things, like whether or not it’s faster to smile when I ride because #dimplesarefaster. (stole that one)

Special thank you to the Keily family for everything they did for me this past weekend. You are truly amazing people and I very much enjoyed getting to know you better. Andrew is a lucky guy. Speaking of Andrew, a shout out to his FIRST AMATEUR OVERALL performance at Texas 70.3 with a 4:07:09. I’m very proud this guy’s hard work and progress in such short time. Bright future ahead! You can read about his race at his new blog – here.

This site uses Akismet to reduce spam. Learn how your comment data is processed.

Patrick Brady on IG
2022 was a year to remember! 5th place in my backyard at IMWI, another amazing season as coach and leader of Team PBC, quality time spent with family, making new friends, catching up with old friends, and watching the kids grow and thrive. Oh and KEVIN! The more I reflect, the more I realize I am truly living the dream. Looking forward to more of the above in 2023. Happy New Year! 🍾
Embracing winter. #snowday #wisconsinwinter #fatbike #tritraining #protriathlete #getoutside #wintertraining
Back at it for 2023!
FROM THE ARCHIVES
Loading Comments...
%d bloggers like this: